I’ve been an adult reader of YA fiction for many years. I’m fascinated by pop culture, social movements and intellectual trends. With great reluctance, I read the Twilight series long after the first film came out. I read it mostly because I wanted to know what was impacting an entire generation of young girls and their mothers and grandmothers.

I knew early on that 50 Shades of Grey started off as Twilight fan fiction, but when it broke records in terms of book sales, once again I felt my need to understand culture take precedence over my personal preference in books.

I’ve been known to mouth off about how much I despised Twilight. No book should be over 1000 pages unless you’re prepared to write beautiful prose. Twilight was repetitive, long-winded, and boring. Bella was everything I hope young girls won’t be. Devoid of personality except in relationship to her man, she was a damsel in constant distress. It was a big deal that she didn’t have premarital sex, but in the end Bella was willing to change everything about herself and pay any price in order to get with the guy.

Both Twilight and 50 Shades of Grey are romance series. Sure, they are at different levels of heat and have a different target age range but ultimately they are trying to satisfy the need for love and romance. When Twilight hit it big, I wondered what impact it would have on young girls. Now that the first 50 Shades of Grey film is about to be released, I’m starting to think less about the book’s influence on culture and more about culture’s impact on books.

The blockbuster success of these two series in terms of reach and profitability has made me reconsider my own benchmark of quality. Instead of literary depth or character development I’d like to go back to the basics of romance and the deep heart longing of over 100 million readers: do these stories tell some truth about love?

St. Paul tells us that when we want to behold something of the divine, we can only see it “as in a mirror dimly” (1 Cor. 13:12). I believe these two series reflect some truth about love even if it is a cloudy picture through a mirror.

We want to be loved despite our failures and brokenness. We fuck up and test the boundaries — how far before we are abandoned? We want to be submissive because we want to truly trust. If we surrender, will we be taken advantage of or will we be respected and loved? We want an abundance of good things and that manifests itself as a trope: wealth. We want true freedom that comes from wholeness — from being intertwined with another. With that freedom comes the ability to lose control — that’s the benefit of being tied down. You have an anchor. And sometimes we want to be in control to know that we too are trusted.

Millions of words used in love poems through all of human history can’t capture it. Forget about 50 Shades of Grey. Every gradation of every color of the rainbow can only be a clouded image as seen through a mirror dimly. 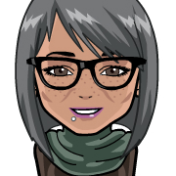 Card reader, writer, twitterlogian. Perpetual student of cartomancy, theology, and all things weird and woo woo. The force is strong in my family. I have it.